End of January: Robins (and snow)

The trees have been full of robins lately. 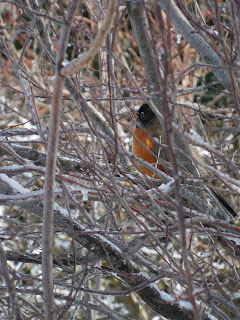 There were probably 30 of them flying around together.
I think they stopped here to polish off the remaining apples and crabapples on my neighbor's trees. 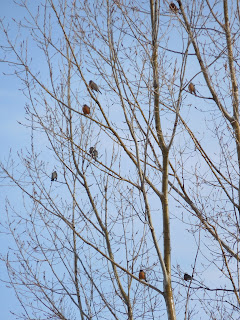 I was hoping to find a good collective noun for a group of robins.
Alas, nothing but a "flock," although one site suggested a "round."

Meanwhile, the garden beds and yard are still full of snow.
These pictures were taken a few weeks ago.
I am going the lazy way and not taking new ones, because frankly, it all still looks the same.
(Okay, plus the 4 more inches of snow we got today.) 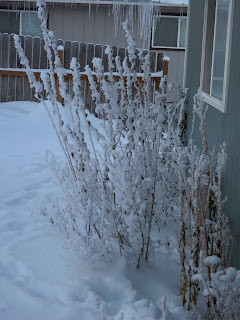 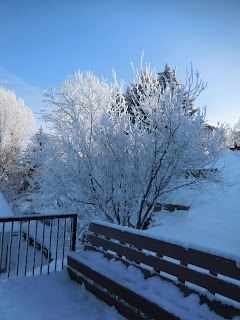 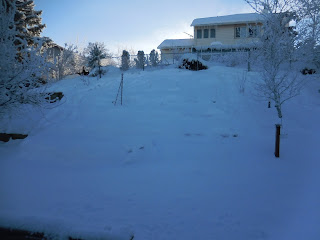 I think there's some garden terraces under there.....maybe.
Picture's a bit blue--guess I should have waited for more sunlight! 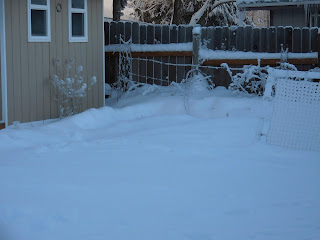 Raspberry patch and shed bed.
Plus the soccer goal that got left out. Oops. 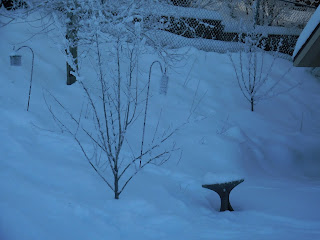 Apple tree covered up to its lowest branches. 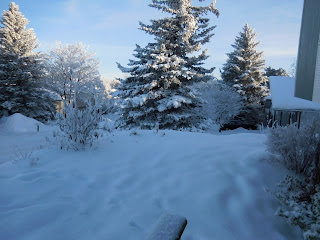 Front yard.
There are some bushes somewhere under there on the left, but they've disappeared.

On the plus side, I recently learned another recipe for snow ice cream.
(Some other versions found here.)

Mix all together and enjoy!

Nothing like some snow ice cream to cool down your spring fever!
At least, that's what I keep telling myself...

Other End of the Month views can be found at The Patient Gardener.