Vegetable Garden and Back Slope: Then & Now

It was August when we first moved in; hot and dry.
The previous owners wanted to walk us around and show us things before they left, which was fine.
When we came to the back slope, they said, "We prefer the natural look back here."
I just nodded, but I was thinking, "Can't get much more natural than dead weeds." 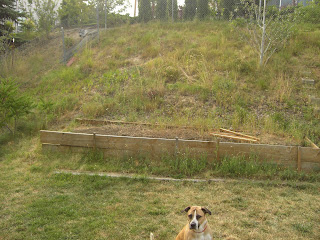 Apparently there was an attempt at a garden box at some point.
Some point far in the past. 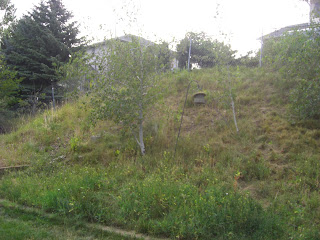 Very tall weeds in the middle, mostly thistles, but at least they were green. I guess. 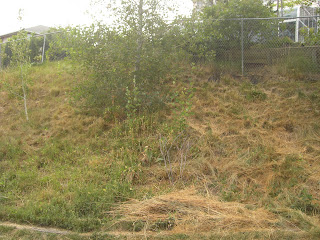 Far end of the slope, by the big aspen.
Hmm...yep.
Dead weeds and even a couple of dead bushes in there.
It was obvious I had my work cut out for me.

Little did I know this slope would earn the name "The Hill of Death" after many attempts to grow something other than weeds on it. 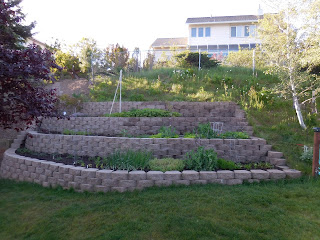 This is what it looked like last May.
As I haven't planted a garden yet this year, it's a lot more dirt than shown here.
[Still debating if I should plant a garden for the new owner or not.]

These didn't all go up at once, by the way.
It wasn't called "The Never-ending Wall Project" for nothing! 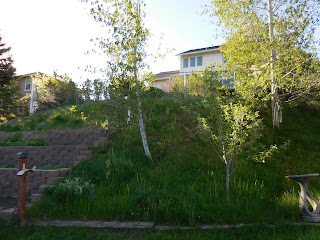 We cut down a few smaller, scraggly aspens (plus several hundred aspen saplings over the years), and added the apple tree.

Far end of the slope 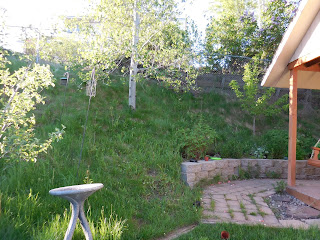 The slope is still more weeds than not, but we have added some useful spaces to it as well.

You can find the other posts in this series here: