I quite enjoy the LDS (Latter-day Saint, or Mormon) suspense fiction genre. They don't have bad language or sex scenes, and are not nearly as graphically violent as similar titles in the mainstream suspense world. There are evil characters and some violence, but most of the bloody stuff happens off-screen.

As a bonus, all 4 of these are titles that I own. Woohoo! Chipping away at the New Year's Resolutions! 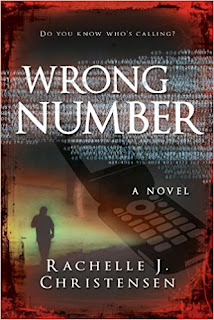 3 stars: What if this happened to you?

When Aubree Stewart leaves her home one day with her husband's cell phone instead of her own, she has no idea that her whole life is about to be upended. She's driving to work when she receives a phone call. The voice on the other end is not one she recognizes, and what's more, the man says he has taken care of it and the body is in a manhole. What?!

She reports the call. Sure enough, there is a body down a manhole. If that weren't scary enough, simply by answering the phone, she has made herself and her family targets for--whoever these people are. That's just the beginning.

* * * * *
Great hook! Like many thrillers, there's the "what if" factor. What if something seemingly ordinary, that happens to us all, was really much more than that? Something dangerous? Where would that chain of events lead?

There was a lot I liked about this one. Aubree was a strong character. I thought her reactions were believable. She's 7 months pregnant in the beginning of the story, and I was about that when I read it. Gave me a personal perspective on it all, I guess. The mystery itself was good--it kept me reading to find out what was going on.

I was lukewarm about the romance. It was not as believable as the rest. Our hero came along and was willing to overlook a whole lot for her sake, while she came to trust him rather quickly, considering everything she had been through. 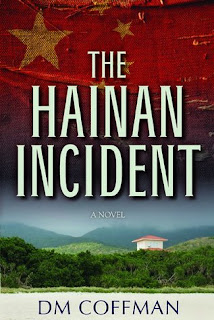 Jason Yi, Chinese name Yi Jichun, is an American attorney who gets tapped for a special undercover mission for the U.S. government, due to his language fluency and professional training. He travels to China to attend a school for judges, with the job of uncovering corruption in the court system there.

He uncovers more than that. On a vacation to Hainan Island he stumbles across an unusually high-tech computer set-up, behind the façade of a tourist village. The more he learns about Hainan Net, the more he is convinced that this is more than just somebody's side business. This is an international criminal ring, with the potential to do all kinds of damage. His discoveries put him at risk, along with his fellow student judge Sarah. He must to get to the bottom of this. Time is ticking...for all of them.

* * * * *
The mystery was good and the cultural aspects of the setting were interesting. It was a good stress relief read, pre-move. 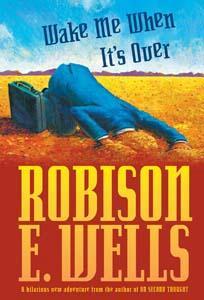 Wake me When It's Over, by Robison E. Wells

4 stars: Suspense mixed with a liberal dose of humor.

Eric Hopkins is a man in love. Unfortunately, the fair Rebekah does not seem to hold him in the same esteem. In fact, she mostly seems to count him as a friend...sort of. The kind of friend that you will ask to drive you to a concert, if absolutely no-one else is available. Hey, he's happy to do it. If only she would be just as happy that he did.

When she is kidnapped from said Christmas concert (she's a violinist) by a freakishly tall man who smells like bananas, Eric follows them--of course. A few serious injuries later, he is kidnapped as well. At least they're together...sort of.

For some reason the kidnapper is most interested in Rebekah's necklace--which just so happened to be a Christmas gift from Eric. The kidnapper wants the ring that came with it, but Eric's not just going to hand it over. He's fairly certain the kidnapper wants it for some nefarious purpose. If only he could come up with a plan; preferably one that includes him and Rebekah staying alive. Especially her. He's probably the expendable one in this whole scheme.

* * * * *
Despite his admitted deficiencies in rescue attempts and escape plans, Eric manages to come out on top...eventually. In the meantime, at least he has a sense of humor and can see the utter absurdity in his entire situation.

I quite enjoyed this one. There was some suspense, but Eric's sarcastic wise-cracks--whether thought or spoken--kept things from getting too intense. I didn't predict the ending, which was good, too. I also liked the way Wells included the religious aspect. Eric and Rebekah prayed and discussed answers to prayer a couple of times, and attended church, but it wasn't the focus. I never felt like I was being preached at, which is just how I like it: a steady undercurrent. 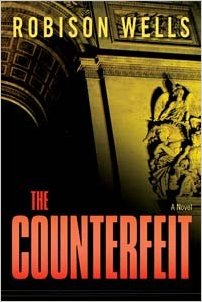 The Counterfeit, by Robison E. Wells


3 stars: Eric and Rebekah (plus some bad guys)--the continuing story...

It has been a couple of months since all the hoopla with the kidnapping and Eric is good and ready for it all to just go away. He would like to see if things progress with Rebekah, who has definitely warmed up to him since their shared adventures, but instead he's hounded by reporters and FBI agents all the time. You see, he continues to receives death threats on a regular basis. So, it's not that he's ungrateful, per se, just that he wishes he could resume normal life. Except, with Rebekah still liking him.

After a near-miss attempt on his life, he and Rebekah are whisked away into the Witness Protection Program. Unfortunately, their alibis are not as air-tight as some would like to believe, because someone not only knows where they are, he (or she) has plans to take them right out of the picture. If they're going to survive, they'll have to choose their allies--and their enemies--very carefully.

* * * * *
This book has been on my shelf for a couple of years, and I never realized it was the sequel to Wake Me When It's Over until a few weeks ago! How does that happen? I will say that it was definitely a different tone than the first book. Where the first was primarily lighthearted with moments of suspense, this one was more intense stuff with a bit of humor now and then.

There were a few twists and turns that caught me by surprise. I thought the climax was well done.

Do you have a favorite in this genre I shouldn't miss out on?