Semisweet: Books for Chocolate Lovers of All Ages 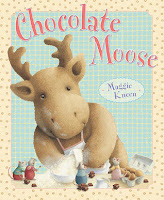 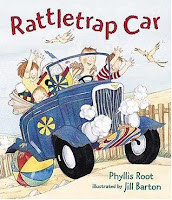 This is one of my all-time favorites to read-aloud! You can't beat the delightful pictures, the beach toys that just so happen to fix the car (with plenty of chocolate marsmallow fudge delight on hand), and all the noises on every page. So much fun! After a few readings, even my youngest can tell the story himself. 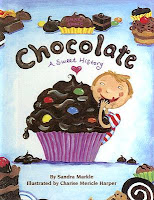 This was a great introduction to chocolate for my younger elementary-school aged kids. It goes into growth of the cacoa beans, production, history, and a bit about Milton Hershey. Photographs are interspersed with captioned drawings. Most pages have 1-2 paragraphs of text, which was just about right for my kids' attention spans.

Your library may not have this exact title, but they probably have something! Head on over to Dewey number 641.6 and see what you can dig up!


Juvenile: Middle Grade
Here we come to some of our favorite read-alouds ever!

Charlie and the Chocolate Factory, by Roald Dahl
Illustrated by Quentin Blake

I don't know that I need to say much about this one, other than we loved it! My kids were enthralled by the chocolate factory itself, felt nothing but sympathy for Charlie and his grandpa, and were completely satisfied with the consequences dished out to the awful kids.

They even liked the [older] version of the movie. This is a winner.

Henry Green loves chocolate more than anything else. In fact, that's pretty much all he eats for breakfast, lunch, dinner, and snacks. Not only does it not give him a bellyache, it has never stunted his growth, made him fat, or even given him one cavity. It seems like he's got it made.

Until the day that he's at school and starts to break out in spots. Little brown spots all over, that make him smell like a candy bar. He is whisked off to the school nurse, when the spots become lumps. Before long, the doctor has
diagnosed him with Chocolate Fever, and more and more people come to poke and prod at him. He can't take it anymore. He runs!
A kindly trucker named Mac eventually picks him up, but then some hijackers enter the picture. How in the world is Henry going to get out of this mess?
A very quick read-aloud, with 1-2 pictures per chapter. My kids laughed out loud in several places--always a good sign! Mac and Henry have a good discussion about being proud of who you are and what you look like--no matter if you're black, white, or white with brown lumps. It was an unexpected bonus.

John Midas loves candy of all kinds, but especially chocolate. One day he finds a strange coin on the sidewalk. Even more strange--it's got his initials on it! He then finds a little shop he had never noticed before, selling delicious-looking chocolate. He spends the coin in the shop for one single piece of amazingly good chocolate.

Then he discovers that everything he puts in his mouth turns to chocolate! Awesome! He eats his whole tube of toothpaste! Then it extends to things that he touches, as well....which isn't so bad, actually. At least until all he wants is just a drink of nice cold water...oops. Watery chocolate. Or he wants to give his mom a hug. Oh no! Chocolate mom! When his new gift becomes a curse, he has to figure out how to break the spell and go back to normal. Soon!
We loved this one! My kids thought it was hilarious.

Who Was Milton Hershey? by James Buckley Jr.
Illustrated by Ted Hammond
J Nonfiction: 920 Hershey
Tells the life story of Milton Hershey in 10 chapters. Features line-drawing pictures on nearly every page, larger type, with 1-3 chapters per page. I don't know that my kids would pick it up on their own, but my oldest read it when I brought it home from the library.My younger two may sit through it in a couple of chunks.
By all accounts, Hershey was a wonderful man, who spent his fortune to help others. This introduction to his life was on-target for 2nd grade and up.

Sorcery & Cecilia, or the Enchanted Chocolate Pot, by Patricia Wrede and Caroline Stevermeyer
Kate and Cecilia are cousins and best friends. They tell each other everything. Unfortunately, that has just gotten a little harder, as Kate is off to London for her first Season, leaving Cecy behind at Rushmore Manor. So they write letters--long and often. It's a good thing they do, too!
There's a mysterious old woman named Miranda who tried to poison Kate (by mistake) at the Royal College of Wizards, while Cecilia is having troubles of her own brought on by the return on her grumpy wizard neighbor, Sir Hilary Bedrick. There's also the Mysterious Marquis (Kate) and James Tarleton (Cecilia) to keep the girls baffled, amused, and entertained. Then the girls and guys team up to bring down the evil magicians. That's when the fun really begins!
Victorian age, but with magic--though not steampunk. The entire book is written in letter format. A little to slow to get going, perhaps, but then a solid, enjoyable read.
Content: clean

The Sweetest Spell, by Suzanne Selfors

The Emperors of Chocolate: Inside the Secret World of Hershey and Mars, by Joel Glenn Brenner

An absolutely fascinating look at the two biggest chocolate companies in the United States: their rivalry, business practices, founders, and what happens on the factory floor.

It was published in 2000, so obviously it's a bit dated. I may have read it in 2005....anyway, it was a long time ago. So I don't remember a lot of details. Here's what I do remember: I remember being so into this book that I talked about it to every person I knew. I remember going to the grocery store and checking out the candy bar displays, to see if my store was giving an edge to one or the other. Also, telling my husband at random moments in the store--"Hey! Did you know that Mars (or Hershey) actually owns [xyz brand]?" He put up with it admirably.

So take that for what it's worth.

What is your favorite kind of chocolate? Have you read anything with a sweet theme lately?