Evolution of the Shade Bed

So. Let's talk about the shaded flowerbed, or the shade bed.

After my husband built the shed, we had an abundance of mud behind the shed, where we really wanted a path. We hired some guys, who came and built us this lovely path and retaining wall.
Yay! Fixed the mud problem. 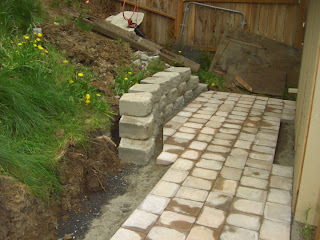 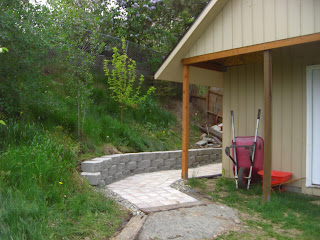 However, it needed something along the top of the wall to look finished.
I'm never one to hesitate when there's the possibility to add more flowers.
The shade bed was born!

It has gone through various stages in its life.
In the beginning there were hostas and ferns and even dicentra (bleeding hearts.)
None of them lasted more than a year, 2 at most.

You see, not only was this mostly clay soil, but it was also dry.
Dry shade is one of the toughest conditions for plants to grow in--as I have found to my chagrin over the years.

The other problem was that even though it would begin the year looking like this: 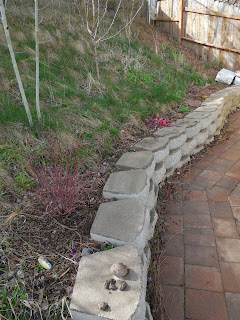 Respectably neat and tidy, with a few splashes of color.

Inevitably, by mid-summer, this is what I had back there: 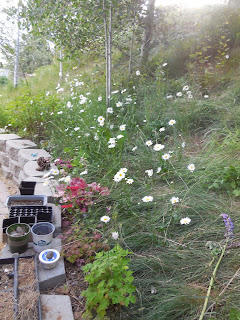 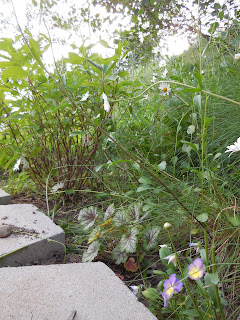 Overgrown grassy madness, with a few beleaguered flowers poking their heads through.

All in all, though, it was limping along.
The heucheras survived, and a few other things.

Then we got to last year.
It was very hot, plus we had more projects going on to finish the inside of the shed, which meant that back walkway was blocked off for most of the summer.
Zero water for about 2 months.

Not too surprisingly, this is what it looked like by the end of the summer: 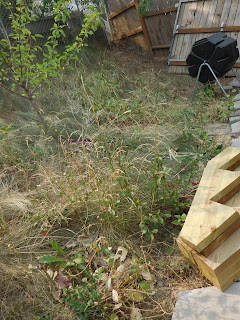 So now we come to this year.
Inside of the shed was done, along with associated projects.
The formerly blocked walkway was now open!
Woo hoo!

I knew this back bed would need some serious renovation. 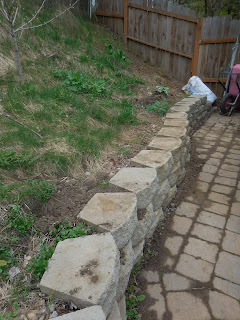 Hardly anything living, with a few notable exceptions. 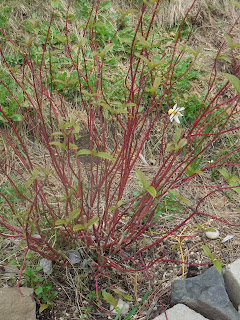 My red-twig dogwood was still surviving. 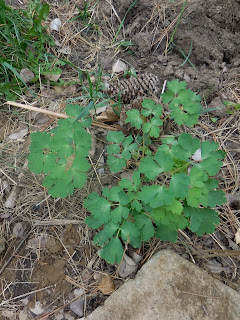 I had a few columbines putting on new leaves. 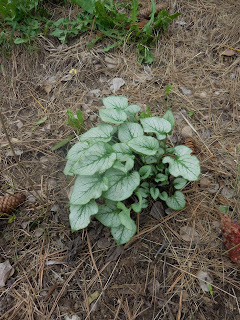 By the time I was ready to actually do anything about it, it was already May.
The weeds and grass were already running wild, as you can see here: 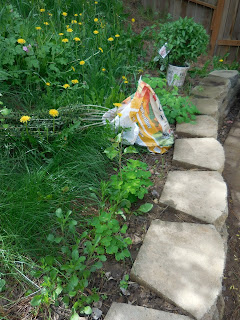 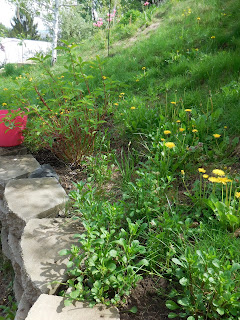 Wild daisies, grass, and dandelions had all but obscured any plants that had survived. 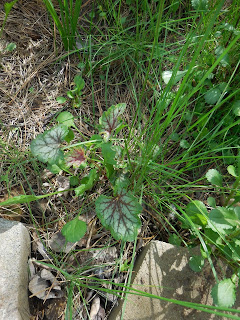 Ooh look! A heuchera hiding in the grass! 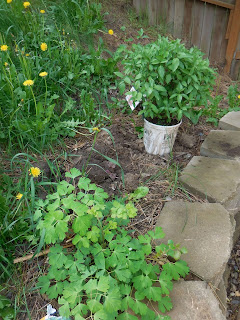 This end was slightly better, but not by much. 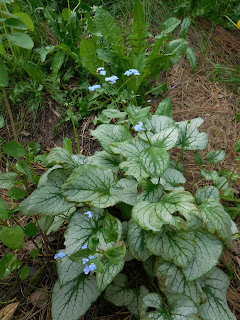 Meanwhile, the brunnera was blooming like it hadn't a care in the world.

I am happy to report, I did it!
This bed has been cleared out, rejuvenated, and even edged and mulched.
Take a look: 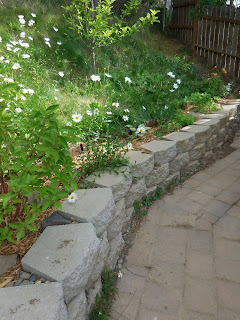 Full of greenery, but not overgrown. 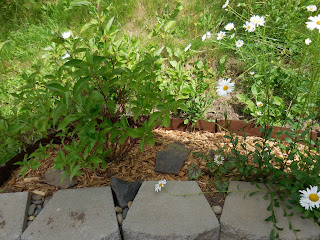 I cleared out the grass from all through it, and most of the daisies--except this little patch in front. 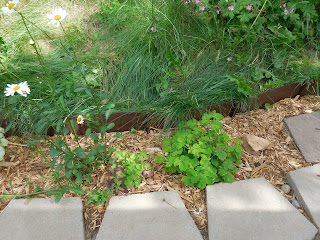 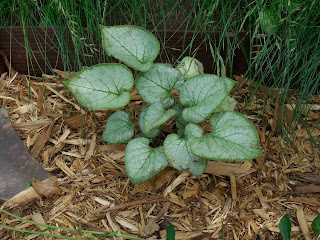 I added another brunnera, because the other has done so well in these conditions.
This one is Brunnera 'Looking Glass.' 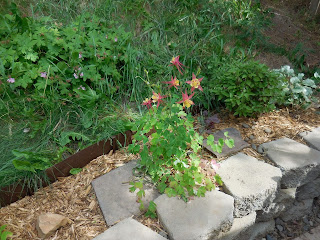 This columbine has just been blooming and blooming.
I think the improvements have agreed with it! 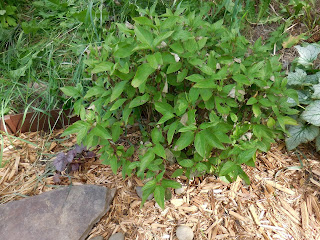 Down at this end, I added a second red-twig dogwood, 'Arctic Fire,' same as the other one.
Go with what survives, right? 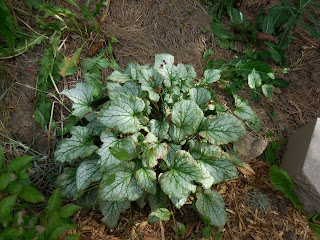 I am so happy with how it turned out.
Keeping the grass out of it will be an ongoing task, I'm sure, but it looks so much better than it did before! Plus, I've got the plants in that survived all the neglect last year, so here's hoping with a little attention they really thrive!
Posted by Linnae at 8:00 AM