I should start by explaining the acronym "LDS" in case you're not familiar. It stands for Latter-day Saints, which itself is short for the full name of the Mormon church: The Church of Jesus Christ of Latter-day Saints. So yes, these are books written for the Mormon market.

I enjoy reading them, because I know they're going to be clean! No sex, no bad language, violence (if any) depicted in a way that doesn't focus on the blood and gore. It's a relief. I read a lot of general fiction, and it seems there's almost always content that I don't want in them--particularly the adult books. Then it becomes a matter of how much is too much? You can read more of my thoughts about books with objectionable content here.

I also enjoy LDS fiction because it's fun to read about characters who share my belief system and many of my Mormon cultural traditions. I like it best when there's not a lot of preaching or scripture quoting--this actually goes for all Christian novels--but the characters live a faithful life. So for instance, if they're having trouble, they pray, or they might ask for a Priesthood blessing. They attend church and have a calling, (or if they're struggling in their faith, that is addressed,) and so on. It doesn't have to be the main focus, but it gives me warm fuzzies when it's done well as a background.

Anyway, the LDS fiction market is still relatively young, and at times that shows in the quality of work. More and more lately, though, I've been as happy with the writing as with the clean content. So hooray!

These run the gamut between historical fiction, contemporary, and romantic suspense. I hope you find something to try! 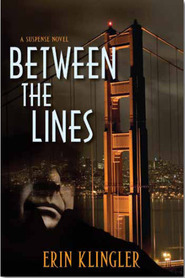 Between the Lines, by Erin Klingler

Sydney Hallam is a journalist for the San Francisco Chronicle who is married to her work. She lives for getting the story, for taking down the criminals, and championing the little guy. She expects there to be some repercussions--after all, if she didn't ruffle some feathers in high places she wouldn't be doing her job.

However, she's got some leads on a big story with consequences she may not be ready for. When a source doesn't show up for a meeting, she doesn't think much about it at first. Later, she finds out he was murdered. She knows she's onto something that could implicate many prominent people--she had just better watch her back if she wants to survive to write the story.

Meanwhile, Justin--a good friend of the murder victim, and also a reporter for the Salt Lake Tribune--comes to San Francisco for the funeral. While he's there, he has permission from his boss to look up Ms. Hallam. It seems some of the criminals she's hunting down have ties to Utah. If they can work together, they might just see this thing through. Falling in love would be a bonus.

* * * * *
A plot that kept me reading to find out what happened next! This one did a good job making the suspenseful situations believable. It's one of my pet peeves with this genre: too often it seems the main character (your average girl or guy) somehow takes on the bad guys--singlehandedly--and wins! Anyway, this one seemed more realistic in that regard, particularly as far as what was left to the police, etc.

The romance was sweet, but not overpoweringly so. It was a good mix.

p.s. Is that cover creepy, or what? Nice job, somebody! 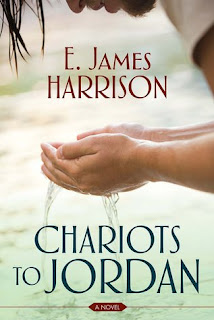 Young Gili has always been close to God, and a kindred spirit to His prophet, Elisha, who stops at their family's humble farm on his travels. Gili has 3 older brothers, and ever since they moved to the outskirts of Edrei, a very small village on the edge of Syria, their family has prospered. Despite being on the enemy border, they feel safe from attack, simply because the desert at their backs is deemed uncrossable.

Gili's faith is only strengthened when the prophet heals her father from a mortal wound. When the Syrians attack Ramoth-Gilead--an Israeli settlement not far from where they live, Gili's mother Miriam wants the family to move. Somehow the Syrian armies have found a way across the desert. In the end, her husband convinces her they should stay just a little bit longer.

It is a tragic mistake. Their village is indeed next in line for attack, but this time the commander Naaman and his men take most of the women and children prisoners. Gili is taken away from her family (what's left of them), and purchased by Naaman himself as a household slave.

As she fulfills her duties, she discovers that Naaman and his wife are kind. She also discovers something else--something meant to be kept a secret: Naaman has leprosy. Before too much longer, he will be unable to continue his military command. Little Gili's faith and her masters' kindness cause her to speak out, and tell them about Israel's prophet who has the power to heal.

* * * * *
The narrative switches between Gili's family and Naaman--both at home and at war. At times other characters take the main stage, as well. I didn't mind for the most part, though a couple of times I had to backtrack a bit to figure out who was talking.

Harrison really helped me visualize how this story may have come about--how and why Naaman would have a young Israelite girl serving in his household, along with the apparent trust if not affection between her and her masters.

I enjoyed the historical side of it, as well, with the tensions and war between Syria and Israel brought to vivid life.

Content: There are a few battle scenes, and detailed descriptions of the leprosy symptoms. 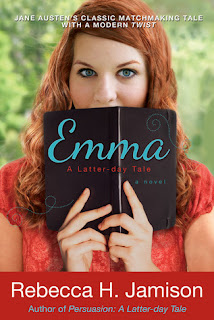 Emma lives with her dad in Virginia. She's a young 20-something, with hopes of starting a life-coaching business, and also snagging a boyfriend. If she can't find a man for herself, she'd settle for setting up her friends in the Single's Ward. Her best friend, Justin Knightley, is proving to be a deterrent to her a business and a distraction for her romantic fancies. Although, he might turn out to be just what she needs--if she can get past his infuriating habit of criticizing her (mostly correctly, which makes it even more maddening.)

* * * * *
A witty, frothy retelling of Jane Austen's Emma, with a modern-day Mormon girl as the protagonist. This was a fun little diversion for a rainy day. Stays fairly close to the original in general plot lines. 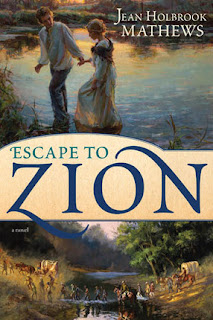 2 stars: Maria's perilous path away from a vicious and lecherous slave master.

Maria comes over on the boat from Germany with her parents, but when they die crossing the ocean, she is sold as an indentured servant. She serves her 10 years under a hateful master, Lafayette Breaux, only to discover upon turning 18 that he has no intentions of releasing her. In fact, he insists that she is a metif (white slave) and belongs to him.

After he rapes her, she manages to escape. She finds a hero in Hank, an unassuming man who is willing to let her ride on his boat for awhile, as he travels upriver to sell some goods. All the while, Breaux is determined to find her no matter the cost.

Maria and Hank eventually become friends and decide to join the Mormon church. They get married, fall in love, and make their way west with the Saints. Breaux continues to send bad guys to find them, some more successfully than others.

* * * * *
While there were some of the historical aspects I found interesting--the white slaves and their struggle for rights--I was less than thrilled with the overall plot. I had a hard time believing that Breaux wouldn't just cut his losses at some point--long before he did--and move on to easier prey. Their life seemed an endless loop of running away, getting found, big confrontation, running away again.

Also, it seemed like any slightly shady character with a mile of Maria thought he should assault her. Thank goodness for Hank, who would unfailingly come to the rescue. Still. It was a bit tiresome. The romance was just okay. While I could understand Hank wanting to protect Maria, I had a hard time figuring out what he saw in her on a day-to-day basis.

Content: As mentioned, Maria was raped at the beginning of the book, though it was not graphically described. 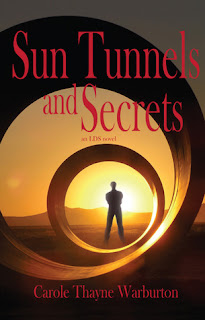 3.5 stars: As the title suggests--secrets and what happens when they come to light.

Norma, Mabel, and LaRue are 3 elderly sisters who live in rural Northern Utah. They've had their share of ups and downs over the years, and most recently, Norma's husband Wes passed away. They take a trip out to the Sun Tunnels together and come upon a man's body. After covering him up a little, they decide to call the police station on their way back. After all, they don't have cell phone coverage, and there's not much more they can do for him at this point, anyway. The only problem is--when they drive back, the body is missing. Along with their umbrella, the half-embroidered pillowcase used as a coverup, and baseball cap. It turns out Mabel's car has been stolen, as well.

The "dead" man, a young, shifty character named Kevin, keeps turning up in their lives. He tries for sympathy, claiming he's trying to find his wife--a girl named Cadence, who is due to have a baby in the next month. The sisters will have to decide how much to help him or believe him. Meanwhile, Norma discovers some old photos that throw her whole marriage into question. Despite the pain, she's determined to get to the bottom of it all.

* * * * * *
This held my interest. It's not a mystery, but more of a small-town community life novel. There are many characters with secrets, and by the end most of the secrets have come to light, mostly for the better.

Couple of side notes:
I'm not sure what the deal is with the cover. The shadowy man standing in the Sun Tunnel looks cool, but has no relation to the story. At all.

Also, in case you were wondering, the Sun Tunnels are real! They're art created by Nancy Holt in 1976. They are large concrete tubes that line up with the rising and setting sun on the summer and winter solstices. You have to drive 45+ miles out into the middle of nowhere to see them, but it might be worth a road trip sometime!


Have you read any good LDS fiction lately? Any authors I should try? Talk to me!
Posted by Linnae at 8:00 AM