I am proud to report that I have read 2 more books from my own bookshelves, which have been sitting there for quite some time!  Slowly but surely, making my way through. Though I have to say--it's a little harder to complete this goal when I've packed up 75% of my books! 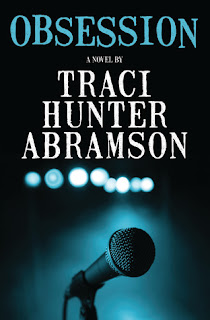 3.5 stars: Predictable, but a sweet romance and a few exciting action scenes.

Kendra Blake is a famous singer, who has lived her whole life surrounded by a claustrophobic web of protection and bodyguards. Her father--a well-known actor himself--has insisted on it. Then a bomb detonates backstage at one of her concerts. Before her father can step in and basically put her under house arrest until the culprit is found, Kendra takes matters into her own hands and runs away to a secluded family cabin up in the mountains.

Little does she know that her grandfather has added an extra safeguard: the neighbor renting the cabin across the way is actually an FBI agent. Charlie Whitmore is not only working on the bombing case--and possibly connecting it with a string of murders dealing with high-profile beautiful women--but is there to watch over Kendra. As it turns out, she's really going to need it.

* * * * *
I generally stay away from books involving serial killers, but of the few I have read, this one was on the mild side for that topic. She does put you inside the head of the perpetrator (another dislike), but those scenes are short--thankfully--and fade to black before he commits the actual murder.

I liked the way Kendra and Charlie's relationship built up over time, and I appreciated that it stayed clean.

This wasn't my most favorite of Abramson's, but it was still an enjoyable, quick read.

Content: Clean romance; some violence, but most of it offscreen. 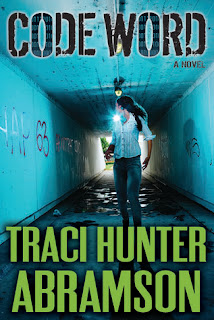 4 stars: Action and romance, with a side dish of faith and testimony.

For Carina Channing, taking care of her 2 youngers sisters is everything. Ever since the day her mother was murdered and they went on the run, she has been the sole provider and parent for them. Her extended family in Chicago runs the Outfit, which is the Mafia. Despite everything she has done to keep the three of them safe, one day an unwelcome reminder shows up at her door and tells her that it's time for them to return home to Chicago. He's not above forcing her hand, either.

Meanwhile, Navy SEAL Jay Wellman is home on leave, when he meets icy, guarded Carina at one of his dad's swim team practices. Carina's younger sister is swimming for Coach Pete, with hopes of the Olympics someday. Jay is intrigued by Carina and would like to get to know her better. Also, it seems something is not quite right with the young man that keeps confronting her and lurking around. He may be on leave, but all of a sudden he's got a reason to put some of his training to use as a civilian. She needs protecting more than she realizes.

* * * * *
Jay and Carina are both unique characters, battling their own demons. Of course, they've got to get together (!), but the road there will not be simple or easy for either one of them.

I quite enjoy Abramson's blend of suspense and romance. She gets the proportions just right for my taste. She also did a great job portraying the search for faith in God, for both Jay and Carina. It was a natural process and didn't feel out of place with the rest of the story.

Content: As with her others, clean romance. Some violence/intense action scenes, but most of it happens offstage. What you do see isn't overly gory.

Are you a fan of Traci Hunter Abramson? So far I've liked everything of hers I've read!