I have a read a handful of fairy tale retelling in the past 2 months. I think what I enjoy most about them is seeing the way the author takes this well-known template and creates something unique and even delightful with it. I mean, think about it: the main plot points and the characters are all pretty set. Obviously, any element can be played with, depending on how closely one wants to stick to the original tale, but to be recognizable in the genre there has to be at least some touchstones along the way.

These were all quite different from each other. 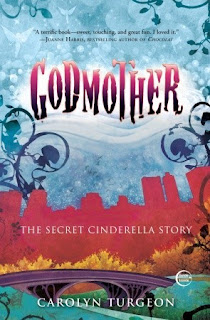 3 stars: Darker in tone, with bits of magical realism.

Lil has been around this world for a very, very, long time. She works at an used books store in Manhatten, and goes home at night to an apartment, alone with her memories. She used to be a fairy, living in the world under the lake. The brightness and freedom of that time seem so far away now. Her white feathery wings are all she has left as a reminder of who she was before she was banished, and even they must be tightly kept under wraps in the human world. You see, she made a terrible mistake in the matter of a young girl; a girl who was destined to meet a prince.

* * * * *
Have you ever seen the movie "Enchanted" with Amy Adams? [Pause while I go watch a couple of the songs on YouTube.] All right, I'm back. Anyway, she's a fairy-tale princess who inadvertently finds herself in New York. It is so fun and lighthearted, right?

This....is not like that. Take that idea, add some tragedy, unrequited love, terrible consequences, and an old lady who may or may not be completely crazy, and well, there you go. You're getting a little closer now.

To have a real live fairy godmother living in NYC, complete with wings, it may seem obvious there would have to be some sort of magical realism going on. I was going with it. I got comfortable with the idea. The wings seemed to be the extent of it pretty much. Then there was more. Things started spiraling.

The ending was disconcerting. It fit, I think, but I was left with the feeling of "Wait a minute, what just happened here?" Um...don't know what else to say about that without spoiling it. So yeah. Don't go into this expecting warm fuzzies or redemption. It seemed like that's where it was headed, but then it was like getting smacked in the face with a bucket of cold water. I suppose the magical realism in that way was quite effective. There were parallel realities going on and as the reader you got to choose which to believe.

If you read it, I definitely would like to discuss it with you!

Content: Some innuendo and strong desire, but all it led to was kissing. 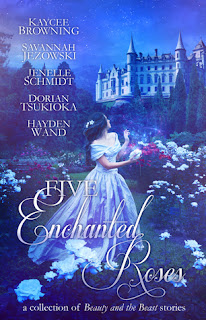 3 stars: The average rating for the 5 stories.

A collection of 5 novellas, each a different retelling of Beauty and the Beast.

Cecilia's father is not a nice man. He has been a pirate on the high seas for some time now, in fact. Since the passing of her mother, all Cecilia wants is safe passage to her aunt and uncle's home in London, which he agrees to. Unfortunately, that means on one of his ships.

He has neglected to inform his daughter that he recently has stolen something that brings with it grave consequences: a mirror that belongs to the Fee. They are otherworldly creatures who live by their own rules and they don't take the theft lightly. In fact, they are coming after her father. Then Cecilia, acting more out of terror than rational thought, ends up taking her father's place.

She finds herself on a ghost ship, peopled with hideous creatures who used to be men. They lurk about her with sinister intent and it's only through the efforts of the Captain that they are kept at bay. As Cecilia finds out more about this ship she's on and the mysterious Captain Pepin, she realizes that she may be the key to saving them all.

* * * * *
This one only bore a passing resemblance to the original tale. I think this one would be better expanded into a full-length novel. I was left with several questions about this world, the Fee, and their prisoners, which I'm sure could be answered given another 100 pages!

Lilybet Haverly takes her younger sister's place when the Beast of Briarstone Abbey demands an exchange. Ghouls and creatures of the underworld abound and there is definitely more to the beast (and the Abbey) than meets the eye.

* * * * *
Though I am usually not too keen on zombies and other gruesome creatures, I actually quite enjoyed this one. I liked that the beast had his own unique backstory and more to do than just schlump around the castle--oops Abbey--feeling sorry for himself. Also, that he gradually came to realize that Lilybet was the right sister for the exchange, after all. I liked that it was Lilybet's courage and strength, rather than beauty, that were needed, as it should be in a tale of looking beyond appearances.

Ever since the night of the ball, Karyna has avoided the ballroom at all costs. You see, it is still full of people. Well, statues who used to be people, anyway. On that terrible night, Karyna lost everyone important to her: her father, turned to stone; and her best friend, the Princess Bellenya, who was taken away by the enchantress that cast the curse. She still has one friend in the castle--Prince Barend. Though he was turned into a beast that night, they have managed to continue their friendship.

When the Prince and Karyna find out that the enchantress is at an abandoned castle they know of, they decide to go seek her out no matter the consequences. They will do anything to break the curse, if it can be broken at all.

* * * * *
This was interesting. Rather than the focus being on the developing relationship between the beast and the girl, it was on the quest to break the curse. I had guessed a bit of it, so the ending wasn't a big surprise. It was fine, but I didn't love it.


4. Rosara and the Jungle King, by Dorian Tsukioka

Rosara is completely at home in the jungle. It hides her when Maor from the village would take her as his 3rd wife, by force. Then she meets the incredible jaguar, who watches over her. She may escape to the jungle forever, if the karawara or jungle spirits will grant her a boon. They are known to be tricky, though, and exact a terrible price for any gift they bestow. How much is she willing to give up?

* * * * *
Who is really the beast in this story? The answer is pretty obvious. A bit predictable. Hard to build up a relationship between a woman and a jaguar. I had a hard time getting into this one.


5. The Wulver's Rose, by Hayden Wand

In this Scottish retelling, the man who becomes the beast is innocent and undeserving of his fate. He is turned into a wulver--a sort of werewolf that is half man, half wolf. Though he does not start with beastly qualities, over a long period of time the wulver becomes embittered by the futility of breaking the curse. Enter the merchant who steals the rose, and then Bonnie, the merchant's daughter. She is terrified of being eaten, but slowly comes to appreciate the wulver's finer qualities.

* * * * *
This one stayed the closest to the original tale. Enjoyable. 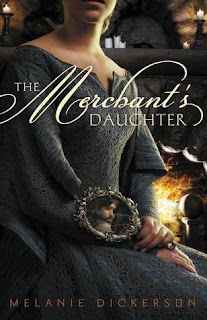 3 stars: It was good, but not exceptional.

Annabel's family has fallen on hard times, but she is the only one willing to step up and try to fix things. After public disgrace, a sentence is handed down: one of them will have to become an indentured servant to Lord Ranulf, owner of their land. It looks like it will be up to Annabel. Not that her family is grateful at all.

As Annabel learns how to work with her hands, she also gets to know Lord Ranulf, who is terribly disfigured from an accident in his past. Despite his prickly exterior, the two build up a rapport. She reads to him from the Bible at night and their shared faith becomes common ground for a friendship to develop.

Remember me talking about a book that I had read, then forgot about reading until I picked it up again a few months later? That was this book. So that's not exactly a glowing recommendation, is it? Reading the Goodreads description has brought it back to mind for me, for the most part! :)

A few things that made it unique from other retellings were the historical side of it--tenant farmers, and community courts deciding issues, etc.; not sure how accurate that was, but it added interest--and the Christian content. There's quite a bit about various Bible passages, and Annabel's strong desire to go into a nunnery plays into the way the plot works out in the end.

Content: Clean. There was an attempted rape, but Annabel defended herself and was rescued before it got anywhere.

Do you have a favorite fairy tale retelling? I'm all ears!
Posted by Linnae at 7:00 AM