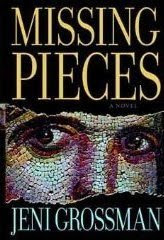 Grave Secrets, by Marlene Austin
3 stars: Slow starter, but a satisfying conclusion
Bethany has been looking forward to spending the summer after her graduation with her grandmother Amelia--not because they've been close, but because they haven't been. She's counting on them finally having a chance to connect and hoping to finally win her grandmother's love and approval. Then, on the day of her graduation, she finds out that her grandmother has died.
Along with her grief and anger, there is a good deal of confusion, as well. Bethany has inherited a run-down cottage in Maine, with the stipulation that she live in it and take time to write a book. Nothing like vague edicts from beyond the grave to give a girl some purpose to life!
So off she goes to Maine, but meanwhile, there seems to be someone after her--little "accidents" that don't add up, and threatening messages. It's all very peculiar. She's not sure who to trust.
* * * * *
There was a lot I liked about this book. I liked the ties to family history and finding out what happened to the people who lived in the cottage before her. The "slow start" I mentioned does not include the Prologue, which was actually quite exciting. The suspense surrounding Bethany's project and stalker (?) was a very slow build-up, though. I didn't particularly like the love interests either.
Bethany's issues with her grandmother dominated the book more than I would have liked. That seemed to be mostly what Bethany's entire life revolved around, so that got to be a bit tiresome. The ending was predictable, but satisfying.
So, it was fine, but probably not one I'll re-read.
Posted by Linnae at 3:44 PM