I read Absolutely Almost last month and it brought to mind several others that I've read over the years, featuring characters with learning disabilities. Some of these kids are on the autism spectrum, and some have other disabilities.

These novels are great in their own right, and would also make excellent discussion starters if you read them with your kids. 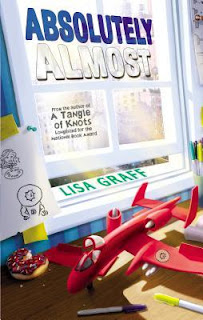 Albie has never quite been able to measure up to other people's expectations--most notably, his parents' and teachers'. As hard as he tries, awesome for him is still just okay for everyone else. It's frustrating--at times, almost unbearably so.

When his mother hires a new nanny named Calista, he's pretty sure this is going to be more of the same. Calista surprises him, though. She accepts him for who he is--and even seems to like him. She's an art student attending college far from home, so she convinces him to show her around the city as part of her education. She even draws a new book cover for his Captain Underpants books, so that he can pretend he's really reading Johnny Tremain, like his mother expects him to.

He just wishes he wasn't constantly letting people down, but how can anything change when his best efforts are not good enough?

* * * * *
Albie just struggles, and Graff puts you right there with him. In fact, it was heart-wrenching at times, watching him navigate his everyday life. Calista was great--it made me wish every kid like Albie had a Calista in their lives. Also, Donut Man was awesome! Her acceptance and kindness toward him became a catalyst that helped him figure out that he was okay, just as he was. His parents were clueless, pretty much, but at least they kept trying. His mom was loving and encouraging most of the time, just not around much.

In the end, you know that Albie's going to be all right. While some of the important people in his life have begun to accept him more for who he is, most importantly, he comes to better terms with himself. 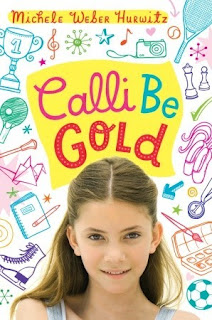 Calli Gold is a quiet in a family of louds. While her parents and siblings analyze and fret over being the best (the family motto is "Be Gold"), Calli notices things. If anyone would ask her she could tell them a lot about themselves. Her parents are sure she'll find her great passion, if she just keeps trying. The thing is, she doesn't mind being ordinary. Really.

Then her school class teams up with a class of 2nd graders for peer mentoring, and she is partnered with a boy named Noah, who has many learning and social difficulties. Calli's "ordinary" talents of patience and kindness begin to draw him out, and they even come up with a great idea for the Friendship Fair. But will Calli's family be able to appreciate her achievements? Quiet Calli may prove to be the catalyst her family needs to make some changes that will make them all a lot happier.

This book had heart! Well-written and engaging. Family dynamics were spot-on; I really liked how they handled conflicts and changes, and Calli was a character to root for, right from the beginning. Highly recommended. 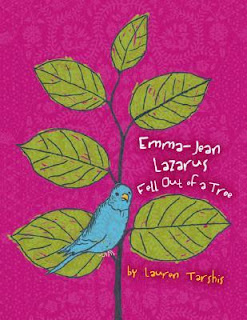 Emma Jean Lazarus Fell Out of a Tree, by Lauren Tarshis

4 stars: It's never mentioned, but it's highly likely that Emma Jean is on the autism spectrum.

Emma Jean Lazarus is completely logical and thus has a hard time relating to other kids her own age. Not that it has ever bothered her, as she has had her own interests to explore, along with strong support at home. She's on the edge of social circles, merely an observer.

Then one day she finds a girl sobbing in the restroom--a very nice girl, who (curiously enough) Emma Jean would like to help. She does so, in her own unique way, and to her great surprise, it seems to actually make things worse.

I liked Emma Jean, and the consistent & logical way her mind worked. I especially liked her mother who acted as a bridge, in many ways, between Emma Jean's extra-logical world to the world of belonging to a group and having friends. Also, I discovered I'd read it before. Must have been quite awhile ago, because the memory was like little glimpses here and there.

p.s. I just found out there's a sequel to this, called Emma Jean Lazarus Fell in Love. I'm going to look for it! 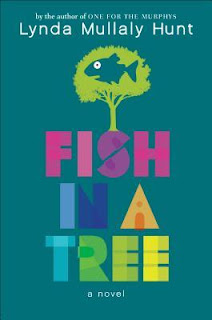 Fish in a Tree, by Linda Mullaly Hunt

4 stars: Ally and Mr. Daniels are both inspiring characters in their own way.

Ally is a girl who can't read, even though she is in the 6th grade. No-one really knows--she has gotten very good at causing a distraction at crucial moments, or bluffing her way through. School is like a heavy brick that she has to drag around all the time. She is often in the principal's office. She knows that she is dumb.

Then her teacher goes on maternity leave and the substitute, Mr. Daniels, refuses to give up on Ally. She eventually trusts him enough to reveal her big secret--and finds out that she has dyslexia, and that she is not stupid. With his help, Ally begins to gain confidence, make friends, and yes, even learn to read. 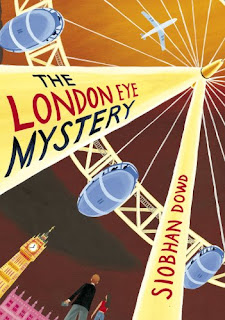 3 stars: Told from Ted's point of view, a boy with high-functioning Asperger's, which adds an interesting element to the detective story.

The Mystery: Ted and Kat watch their cousin, Salem, get on the London Eye at 11:32 am. They watch the pods go around and come back down to ground. His pod opens at 12:02 pm and everyone gets off. Except for their cousin. He has disappeared.

While the grownups have their own ways of solving the mystery and finding Salem, Ted and Kat launch an investigation of their own.

According to Ted, there are nine possibilities for what happened to Salem, and none of them is too implausible until he can definitively prove that it couldn't have happened. So he sets out to find which of the nine theories is right, and hopefully, also find his cousin his process. 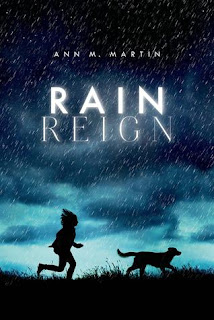 4 stars: Rose solves her problems the best way she knows how; it's up to the adults in her life to step in and fill in the gaps for her.

Rose lives with her dad, and a stray dog he brought home for her as a gift. She has Asperger's and loves homonyms. She struggles in school, and she struggles with her dad, too. He doesn't always know how to handle her outbursts, and often spends his time down at the bar. Her uncle helps out where he can, but sometimes his help causes her dad to lash out even more.

Then one stormy night, her dog Rain (Reign, Rein) gets lost. Rose is desperate to find her dog, but her dad doesn't seem to understand how important it is to her. So she starts to search by herself, and recruits her uncle to help, as well. Soon even her classmates are caught up in the missing dog story. Rose slowly begins to makes some connections beyond her family. Those connections will have to be enough to see her through the tough decision she has to make when she does finally find Rain. 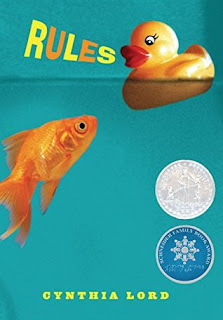 3 stars: An authentic take on life as an older sibling of a person with a disability.

Catherine's little brother has autism. In an effort to help him navigate his world, she writes down rules that he ought to know--everything from "No toys in the fishtank," to "Keep your pants on in public." But her life doesn't always follow the rules. Like when the new girl moves in next door, they're supposed to become best friends and have all kinds of fun together. What's the rule when she turns out to be a different person than Catherine had imagined?

And then there's wheelchair-bound Jason, who she meets at her little brother's therapy office. He only communicates by pointing to words in his word book. Is there a rule about how to be friends with someone so different from yourself?
* * * * * *
Catherine's growth in perspective was not forced or sappy. There was only one part near the end that seemed out of character for her--or that her character would not have been able to articulate those feelings the way she did. Overall, a good read.