We had some downtime in January (isn't the entire month basically downtime?), so we had a chance to read out loud some more!

Usually now the scene is me reading out loud to the younger two, while my oldest (nearly 9 years old), reads his own book and half listens in. I always count it a victory if I can get him interested enough to put his own book down! Hee hee. 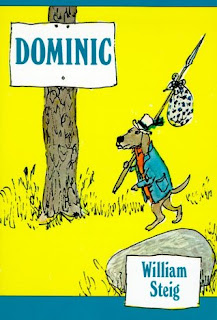 4 stars: Dominic is resourceful, brave, and kind. What a hero!

Dominic is a dog who decides to seek his fortune, so off he goes a-wandering. With no real timeline or plan in mind, it's amazing how quickly adventures find him! In particular, he has several run-ins with the Doomsday Gang, who have been terrorizing the countryside for some time. Dominic is not afraid of them and thwarts their schemes many times before a big final showdown.

* * * * *
We quite enjoyed this story of a courageous dog who helped all who crossed his path.


We ran across this next one at the library and picked it up on a whim. Unexpected hit! 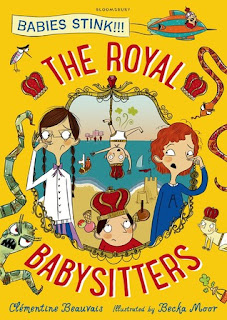 The Royal Babysitters, by Clementine Beauvais

4 stars: Over the top silly. My kids loved it! I liked it. The rating is the average. :)

Anna and Holly are super bored. Also, they need money. There's an outer space vacation that sounds completely fabulous, if only they could afford it.

Meanwhile the King and Queen are all set to go on vacation, but they can't find anyone willing to babysit the royal offspring. Apparently, word has gotten out.

Double desperation works wonders! The girls get the highest-paid babysitting job ever and Their Highnesses get a vacation. Neither Holly nor Anna has much experience babysitting, but really, how hard could it be?

That's when they discover that there are actually 6 babies. Yup. Plus the older brother (okay, okay, Prince Pepino.) Not to mention an imminent invasion from King Alaspooryorick of Daneland (boo! hiss!). He got wind of the Royal Vacation and decided it would be a grand time to invade. Again.

It's up to the girls, the Prince, and some explosively stinky nappies (among other things) to save the day! Also, at some point they're going to have to find all the babies again, because they keep going missing!

* * * * *
I was going to just read part of this one afternoon, but it was so ridiculous and funny that we kept right on going until it was done. Very British humor. ALL the kids were into it, which was a definite plus. There are 2 more in the series if you like this one!

* * * * *
Have you run across any good read-alouds lately?
What about exploding diapers? (Actually, don't answer that.)