We have had this series sitting on our shelves for at least 3 years. We've moved it twice now! I had never read it and neither had any of the kids. It was given to us as a gift from grandparents. Finally, I gave my oldest daughter the task of reading that series for us all, so we could either decide to keep it or get rid of it! They are thick books and take up quite a bit of bookshelf space, so I had been giving them the side eye for quite some time.

She took on the challenge and actually really liked them! She suggested that I read them as well, which I finally did--6 months later. So here we are! When I started reading them this past week, she decided to re-read them at the same time, so we had a few negotiations over who got priority to read. Ha!

So, these were a lot of fun. Full of action--lots of kidnapping, daring escapes and rescues, bombs, fires, secret identities, diamonds, and also poisonous animals. They were clean, minus the action-related violence. I would say geared for ages 10 and up. Just for reference, my daughter is 11 and she handled them just fine. I think 3 years ago when we got them, however, they would have been a bit too intense for her.

Now for a bit about each book individually... 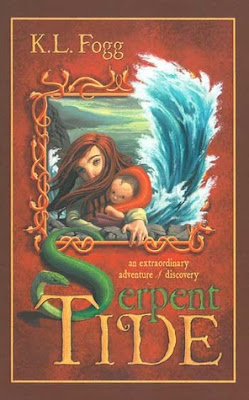 4 stars: A search for identity, with lots of action!

Wesley Vandergrift is the son of one of the richest women in the United States--maybe even the world. Everyone at school envies him and also give him a rough time because of it.

What they don't know is that Wesley feels trapped. He can hardly do anything, ever. The only times he gets to do normal kid stuff, it's because the head housekeeper, Maria, aids and abets him--and doesn't tell his mom. He and his mom think so differently on every topic that he doesn't see how they could even be related.

By some chance, he is allowed to go to a horse-riding camp for a couple of days. When he meets the owners of the ranch, and their family, they all seem strangely familiar to him. Then he sees some pictures in their family room, and wheels in his head start turning. Could it be possible that this is his true family?

So many questions, so few answers.

One thing you have to know about these books is that there are several coincidences that are a bit far-fetched. You just have to roll with it, all right? That's probably me as an adult reader talking--I don't know if my daughter noticed or even was bothered by it. If you can get past the "it just so happens..." aspects of the story, it's an exciting plot, with a good bit of humor thrown in. Imogene Vandegrift, Wesley's "mom" is enough of a villian to keep things moving right along, and the supporting characters have plenty of endearing quirks.

I think most kids will relate to the search for an identity and a sense of belonging. Well done. As soon as I was done with this one I had to go get the next! 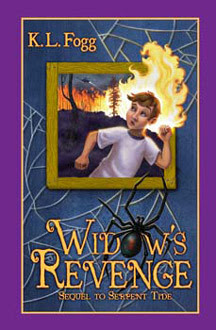 4 stars: Hang on to your seat, it's an exciting ride!

Wesley finally gets to live with his Dad and stepmom, and is enjoying some of the perks of a normal (not super wealthy) life. Too bad school can't be as great. He is tired of being bullied at school, particularly by Dylan. So he finally does something about it. Unfortunately, that "something" gets him suspended from school for the rest of the year.

His Dad finds him a tutor, who turns out to be this ultra-geeky guy named Harrison. He's all right, though. The real problem is that Wesley's grandma, after some digging into Dylan's background, has decided to give Welsey's tormentor a chance to change his life. That's right. Dylan's coming to live at the ranch. Grandma! C'mon!

Meanwhile, terrible news on the Imogene front: she survived the storm at sea and is lying in wait for her chance to reclaim Wesley, while wreaking revenge upon all who claim to be his true family.

It's going to be hard to know who to trust and even harder to come out of all this in one piece.

A strong second installment! Wesley and Co. have their work cut out for them for this time. As the cover would suggest, a certain black widow spider named Black Betty plays an important role in this story and yes, there quite a large forest fire as well. That's not even the half of it. There are adorable twins, more kidnapping, a senile old lady... What are you waiting for? Find this book and dive in!

Some people just can't stop! Imogene Vandegrift is one of those people. She has a plan forever. Plans within plans. None of her evil plans include going to prison. They all include a certain stash of diamonds that she has hidden in a secret underground vault.

Well, you know that Wesley is going to get mixed up in all of this. He has to, because his friend Amanda's soon-to-be-stepdad is missing, and the grown-ups aren't doing anything about it. He and Amanda and Teddy the dog set out to find the missing man (I don't want to say his name because it would be a spoiler if you haven't read the other 2.)

Their search takes them into the depths of Diamondback Cave. Are there diamonds in there? Maybe. Are there snakes in there? Most definitely. Will they succeed in making it out alive? Well....that remains to be seen.

This premise is one that made me cringe as a parent--2 kids going off by themselves to search for the missing/kidnapped person. Of course it's a big secret, of course they run into trouble. Just--turn down the helicopter blades for a moment or two and get into the story!

In addition to the main plot, this one had a couple of side plots that added interest. There was an exploration of judging people by what you see, rather than who they really are, and some relationship stuff between Wesley's Dad and stepmom that were interesting to me. I don't know how my daughter felt about those parts!

Satisfying character growth, and even a bit of a twist at the end. Good ending to the trilogy.

Have you read this trilogy? What did you think?